Awarded to the author(s) of the best work of poetry.

Dorothy Livesay, poet (b at Winnipeg 12 Oct 1909; d at Victoria 29 Dec 1996). A writer of journalism, short fiction, autobiography and literary criticism, Livesay is best known as a strong, sensitive poet dealing as capably with public and political issues as with personal and intimate emotion and reflection. She was senior woman writer in Canada during active and productive years in the 1970s and 1980s. Her mother, Florence Randal Livesay, journalist, poet and translator, and her father, J.F.B. Livesay, general manager of Canadian Press, encouraged her literary efforts from her first publication, Green Pitcher (1928). Educated at the University of Toronto and the Sorbonne, she worked in left politics during the 1930s, and subsequently won the Governor General’s Awards for Day and Night (1944) and Poems for People (1947). She trained as a teacher, taught in Northern Rhodesia [Zambia] 1959-63 and has served as university writer-in-residence. Her prolific publication continues undiminished, and her lifelong concern for women’s rights and the identity of the woman artist has ripened with time. A major collection of her poetry, Collected Poems: The Two Seasons, was published in 1972. Recent work includes A Public and Private Voice: Essays on the Life and Work of Dorothy Livesay (1986). She became an Officer of the Order of Canada in 1987. 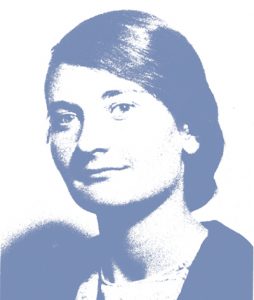