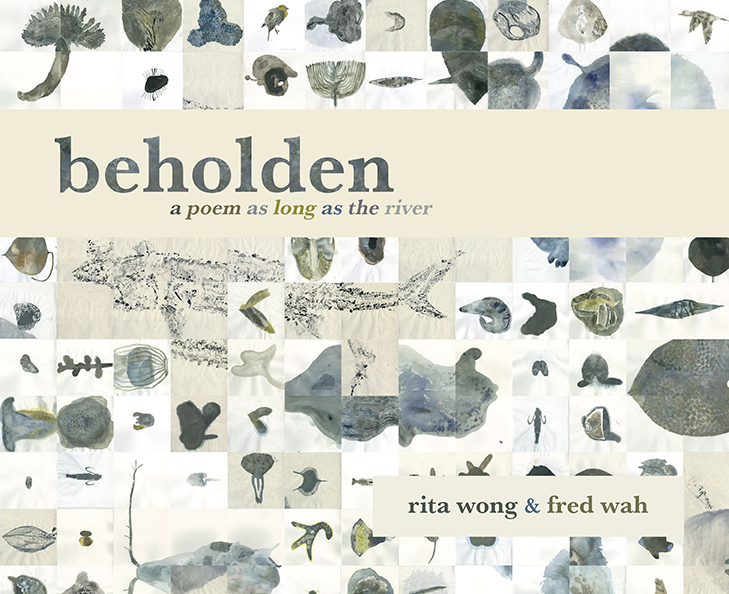 a poem as long as the river

Comprised of two lines of poetic text flowing along a 114-foot-long map of the Columbia River, this powerful image-poem by acclaimed poets Fred Wah and Rita Wong presents language yearning to understand the consequences of our hydroelectric manipulation of one of North America’s largest river systems.

Fred Wah has written seventeen books of poetry. His book is a door received the BC Book Prize, Waiting For Saskatchewan received the Governor-General’s Award and  So Far was awarded the Stephanson Award for Poetry. Diamond Grill won the Howard O’Hagan Award for Short Fiction, and his collection of critical writing,  Faking It: Poetics and Hybridity, received the Gabrielle Roy Prize. Wah was appointed to the Order of Canada in 2012. He served as Canada’s Parliamentary Poet Laureate from 2011 to 2013.

Rita Wong is the author of  monkeypuzzle ,  forage,  sybil unrest  (with Larissa Lai),  undercurrent, and  perpetual (with Cindy Mochizuki), as well as the co-editor of  downstream: reimagining water (with Dorothy Christian).