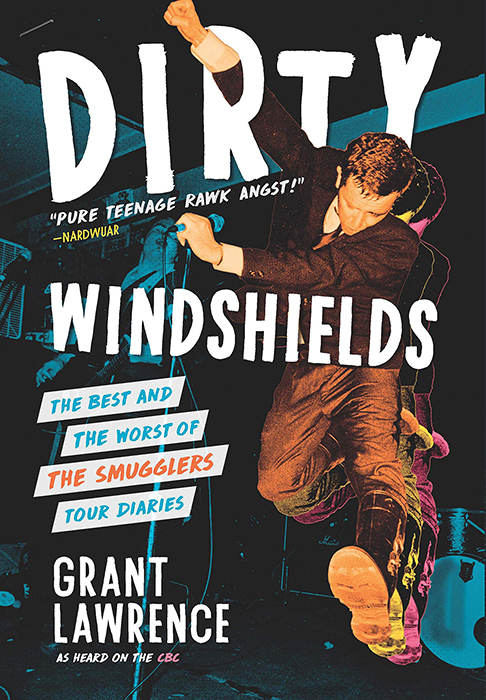 The Best and the Worst of the Smugglers Tour Diaries

The Smugglers came of age during the height of the grunge explosion in the early 1990s. In Dirty Windshields, Grant chronicles the band’s booze-fuelled, sweaty, broke, and wayward attempts at rock and roll glory as they trekked across Canada, the United States, and eventually, Europe and the Pacific Rim. In their sixteen years of touring, the Smugglers experienced all the highs and lows the road can offer, from playing a gig at New York’s legendary CBGB club to starting a riot in a Denver nightclub to having their performance tuxes stolen in Australia.

Grant Lawrence is the author of The Lonely End of the Rink and Adventures in Solitude. He hosts the award-winning CBC Radio 3 Podcast. He is married to musician Jill Barber and they live in Vancouver, BC, with their two children.