Leonard Linklater is a playwright and founding Gwaandak Theatre Co-Artistic Director, a journalist and host of CBC Yukon’s Midday Cafe. A member of the Vuntut Gwitchin First Nation, he was born and raised in Inuvik, N.W.T. and is a co-creator of Ndoo Treedyaa Gogwaandak, including Ch’iitsii Khał Datl’oo / The Blue Cruiser, adapted from his godfather Stephen Frost’s story. Leonard’s first play Sixty Below received seven Dora nominations for its Toronto production (Native Earth). Justice was featured in Ottawa at the National Arts Centre’s Northern Scene, fittingly, in an old courthouse. Leonard was a co-creator of Map of the Land, Map of the Stars. A participant in the 2019 Caravan Farm Theatre National Playwrights Retreat, he is currently working on a new play Treaties with his spouse Patti Flather. He is a member of Playwrights Guild of Canada. 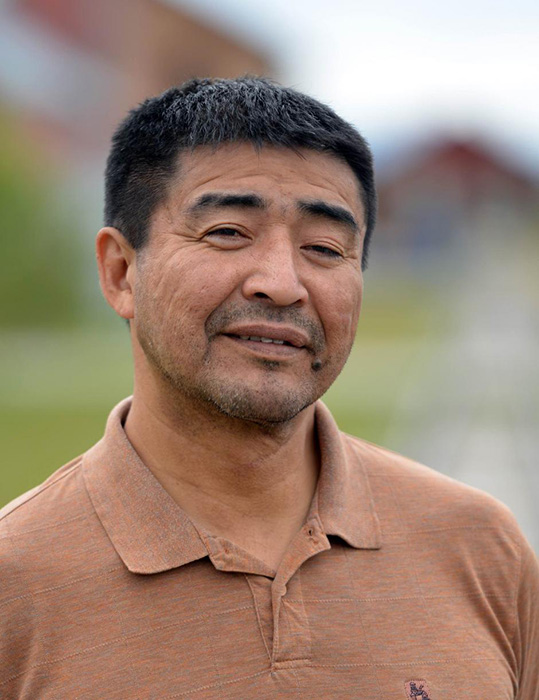