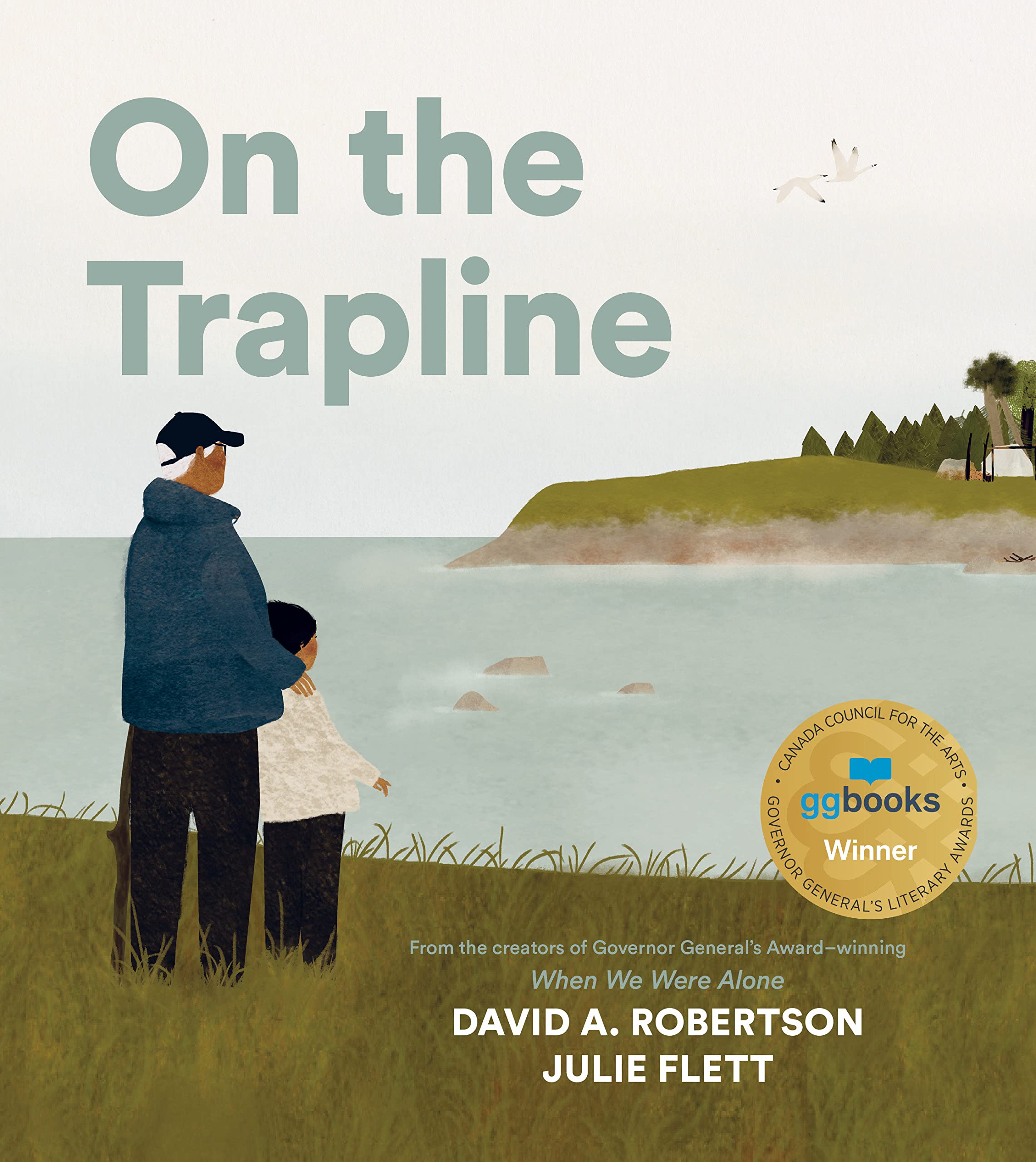 A picture book celebrating Indigenous culture and traditions. The Governor General Award–winning team behind When We Were Alone shares a story that honors our connections to our past and our grandfathers and fathers.

A boy and Moshom, his grandpa, take a trip together to visit a place of great meaning to Moshom. A trapline is where people hunt and live off the land, and it was where Moshom grew up. As they embark on their northern journey, the child repeatedly asks his grandfather, “Is this your trapline?” Along the way, the boy finds himself imagining what life was like two generations ago — a life that appears to be both different from and similar to his life now. This is a heartfelt story about memory, imagination and intergenerational connection that perfectly captures the experience of a young child’s wonder as he is introduced to places and stories that hold meaning for his family.

David A. Robertson is the author of numerous books for young readers including When We Were Alone, which won the 2017 Governor General’s Literary Award. The Barren Grounds, the first book in the middle-grade The Misewa Saga series, received a starred review from Kirkus and was a Kirkus and Quill & Quire best middle-grade book of 2020, as well as a USBBY and Texas Lone Star selection, and nominated for the Ontario Library Association’s Silver Birch Award. A sought-after speaker and educator, as well as recent recipient of the Writers’ Union of Canada’s Freedom to Read Award, Dave is a member of the Norway House Cree.

Julie Flett, a Cree-Métis author, illustrator, and artist, has received numerous awards for her work, including a Governor General’s Award and the American Indian Library Association Award. She is the author of many books, including Birdsong (Greystone Kids, 2019), winner of the 2020 TD Canadian Children’s Literature Award, an American Indian Youth Literature Honor Book and Boston Globe Horn Book Title.Flett lives in Vancouver, Canada.