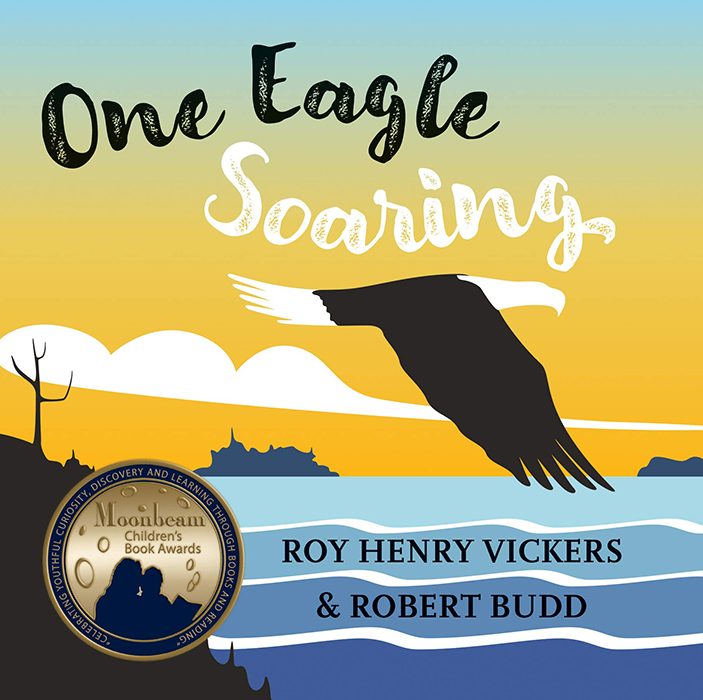 One Eagle Soaring, a “first numbers” book, explores counting and numbers with the help of West Coast animals—from a single eagle aloft, to a trio of swimming whales, as well as leaping frogs, honey-hungry bears and a group of ten dozing owls. Combining vivid illustrations, a glossy tactile finish and a simple yet catchy text, this sturdy board book introduces babies and toddlers to the spectacular scenery and wildlife of British Columbia.

Roy Henry Vickers is a renowned carver, painter and printmaker. He is the co-author of the popular children’s Northwest Coast Legends series, all of which were shortlisted for the Bill Duthie Booksellers’ Choice Award: Raven Brings the Light in 2014, Cloudwalker in 2015, Orca Chief in 2016 and Peace Dancer in 2017.