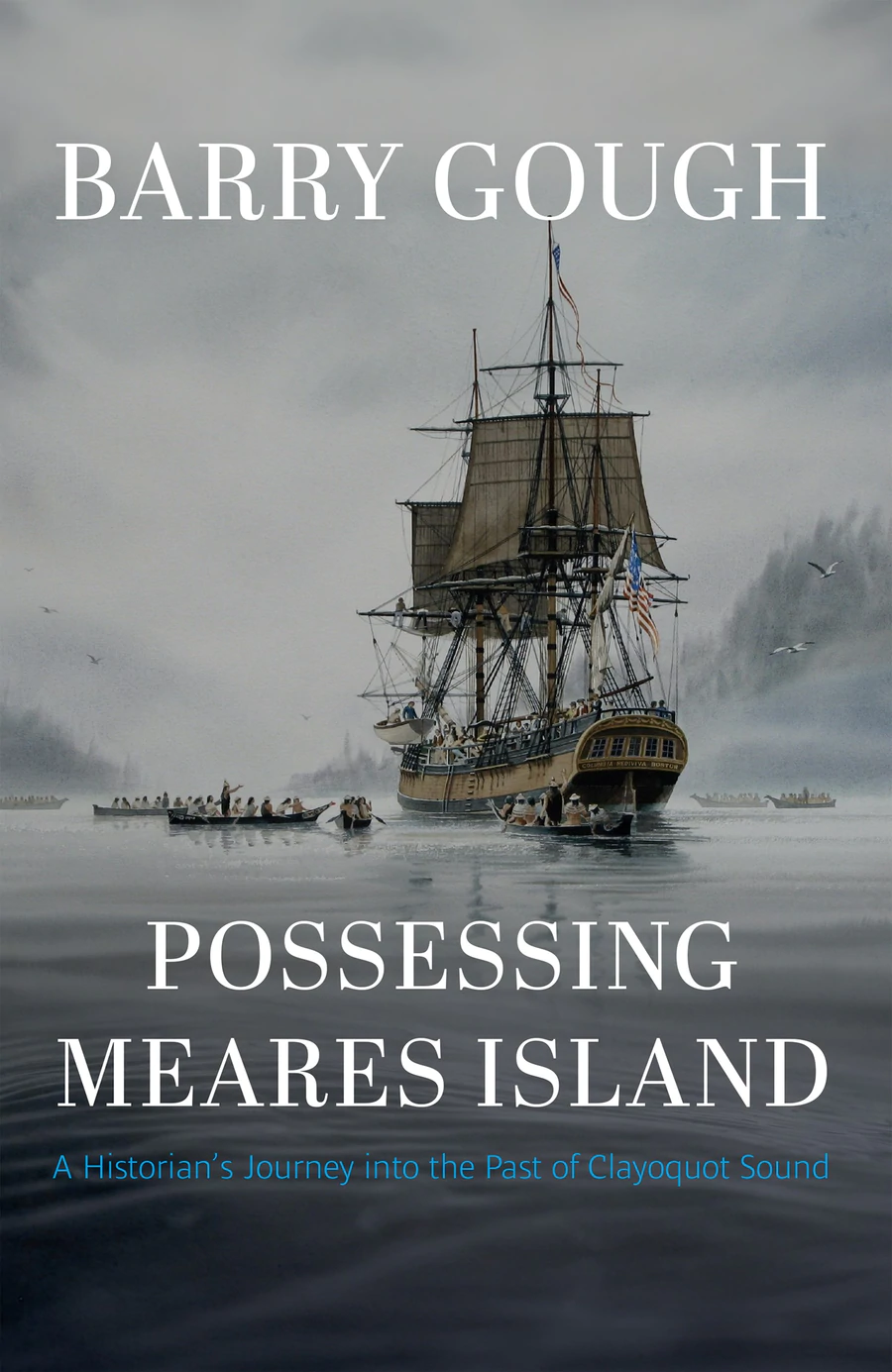 A Historian’s Journey into the Past of Clayoquot Sound

Centred on Meares Island, located near Tofino on Vancouver Island’s west coast, Possessing Meares Island weaves a unique history out of the mists of time by connecting eighteenth century Indigenous-colonial trade relations to more recent historical upheavals. Gough invites readers to enter a dramatic epoch of BC’s coastal history and watch the Nuu-chah-nulth nations spearhead the maritime sea otter trade, led by powerful chiefs like Wickaninnish and Maquinna. Eventually, Meares Island declines into an economic backwater due to overhunting the sea otter, the bloody Clayoquot War of 1855, and most importantly, the proxy of empire—the Hudson’s Bay Company—establishing colonial roots in nearby Victoria. Caught up in the tides of change, the Oregon Treaty of 1846 ushers in a new era as the island is officially declared property of the British Crown.

Gough bridges the gap between centuries as he describes how the Nuu-chah-nulth Tribal Council draw on this complicated history of ownership to invoke their legal claim to the land and defend the majestic wilderness from the indiscriminate clear-cut saw. Possessing Meares Island will not only appeal to history buffs, but to anyone interested in a momentous triumph for Indigenous rights and environmental protection that echoes across the nation today.

Dr. Barry Gough, one of Canada’s foremost historians, is a Fellow of the Royal Historical Society, Fellow of King’s College London and Life Member of the Association of Canadian Studies, and has been awarded a Doctor of Letters for distinguished contributions to Imperial and Commonwealth history. He is well recognized for the authenticity of his research and the engaging nature of his narratives, and is the author of many critically acclaimed books, including Fortune’s a River: The Collision of Empires in Northwest America (Harbour, 2007), which won the John Lyman Book Award for best Canadian naval and maritime history and was shortlisted for the Writers’ Trust Non-Fiction Prize. Gough has been writing for almost four decades. He lives in Victoria, BC, with his wife, Marilyn.