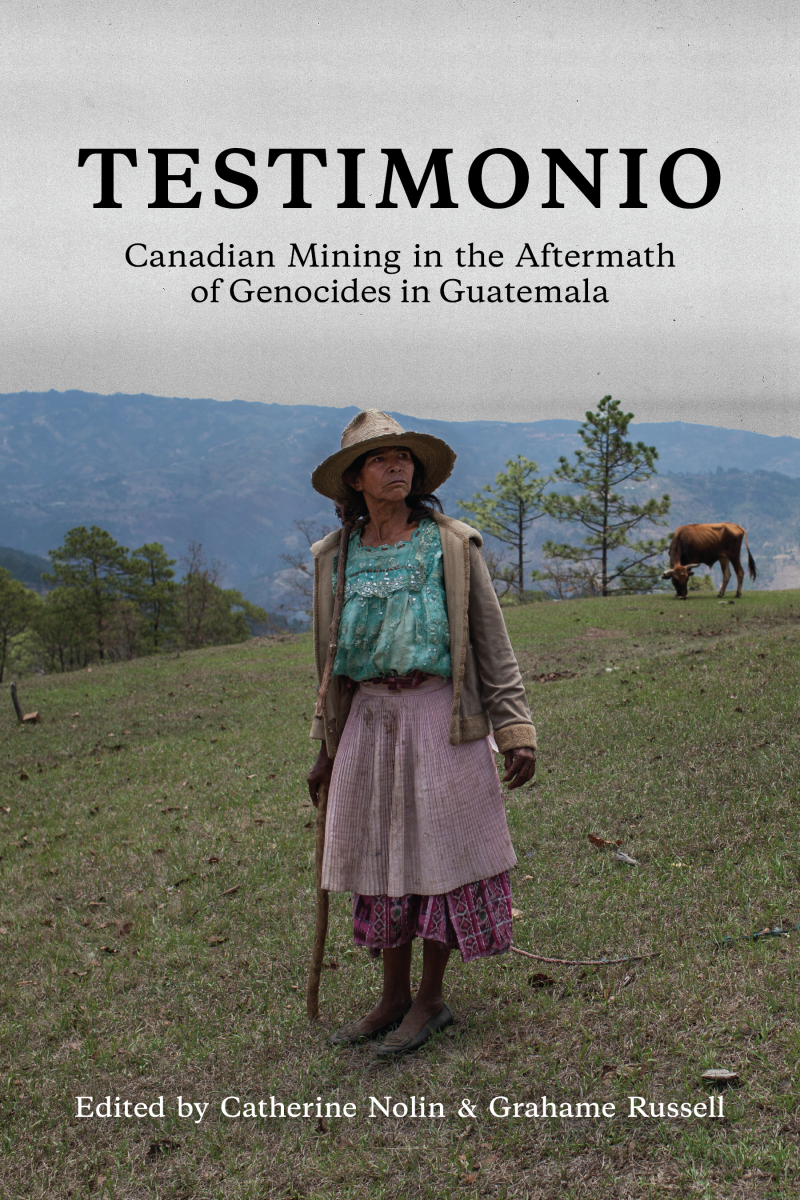 Canadian Mining in the Aftermath of Genocides in Guatemala

Edited by Catherine Nolin and Grahame Russell​
Publisher: Between the Lines

What is land? A resource to be exploited? A commodity to be traded? A home to cherish? In Guatemala, a country still reeling from thirty-six years of US-backed state repression and genocides, dominant Canadian mining interests cash in on the transformation of land into “property,” while those responsible act with near-total impunity.

Editors Catherine Nolin and Grahame Russell draw on over thirty years of community-based research and direct community support work in Guatemala to expose the ruthless state machinery that benefits the Canadian mining industry—a staggeringly profitable juggernaut of exploitation, sanctioned and supported every step of the way by the Canadian government.

This edited collection calls on Canadians to hold our government and companies fully to account for their role in enabling and profiting from violence in Guatemala. The text stands apart in featuring a series of unflinching testimonios (testimonies) authored by Indigenous community leaders in Guatemala, as well as wide-ranging contributions from investigative journalists, scholars, lawyers, activists, and documentarians on the ground.

As resources are ripped from the earth and communities and environments ripped apart, the act of standing in solidarity and bearing witness—rather than extracting knowledge—becomes more radical than ever.

Catherine Nolin (BA, MA, PhD in Geography) is professor and chair of the Department of Geography, Earth and Environmental Sciences at UNBC in Prince George, British Columbia. She is a long-time insurgent researcher and social justice advocate, including more than 25 years grappling with the afterlives of the Guatemalan genocides. Nolin has worked with Grahame Russell of Rights Action for almost 20 years to organize and facilitate field schools to Guatemala for undergraduate and graduate students.

Grahame Russell is, since 1995, director of Rights Action. He is a non-practicing Canadian lawyer and also adjunct professor at University of Northern British Columbia.