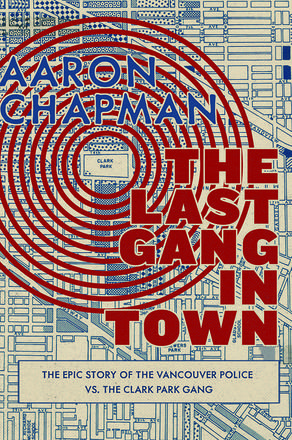 The Last Gang in Town

The Epic Story of the Vancouver Police vs. the Clark Park Gang

Decades before organized crime syndicates brought sensational drug wars to Vancouver, street gangs held sway over its unruly east side. None was considered tougher or more feared than the Clark Park gang. In 1972, after a number of headline-making riots and clashes with police, the Clark Parkers became the target of a secret undercover police squad. Their hostile interactions culminated in a notorious police shooting, resulting in the death of a Clark Park gang member. The Last Gang in Town features previously unpublished photos and police documents, as well as testimonials by surviving gang members and police officers who speak for the first time on the subject.

Aaron Chapman is a writer, historian, and musician. He is the author of Live at the Commodore, which won the 2015 Bill Duthie Booksellers’ Choice Award.